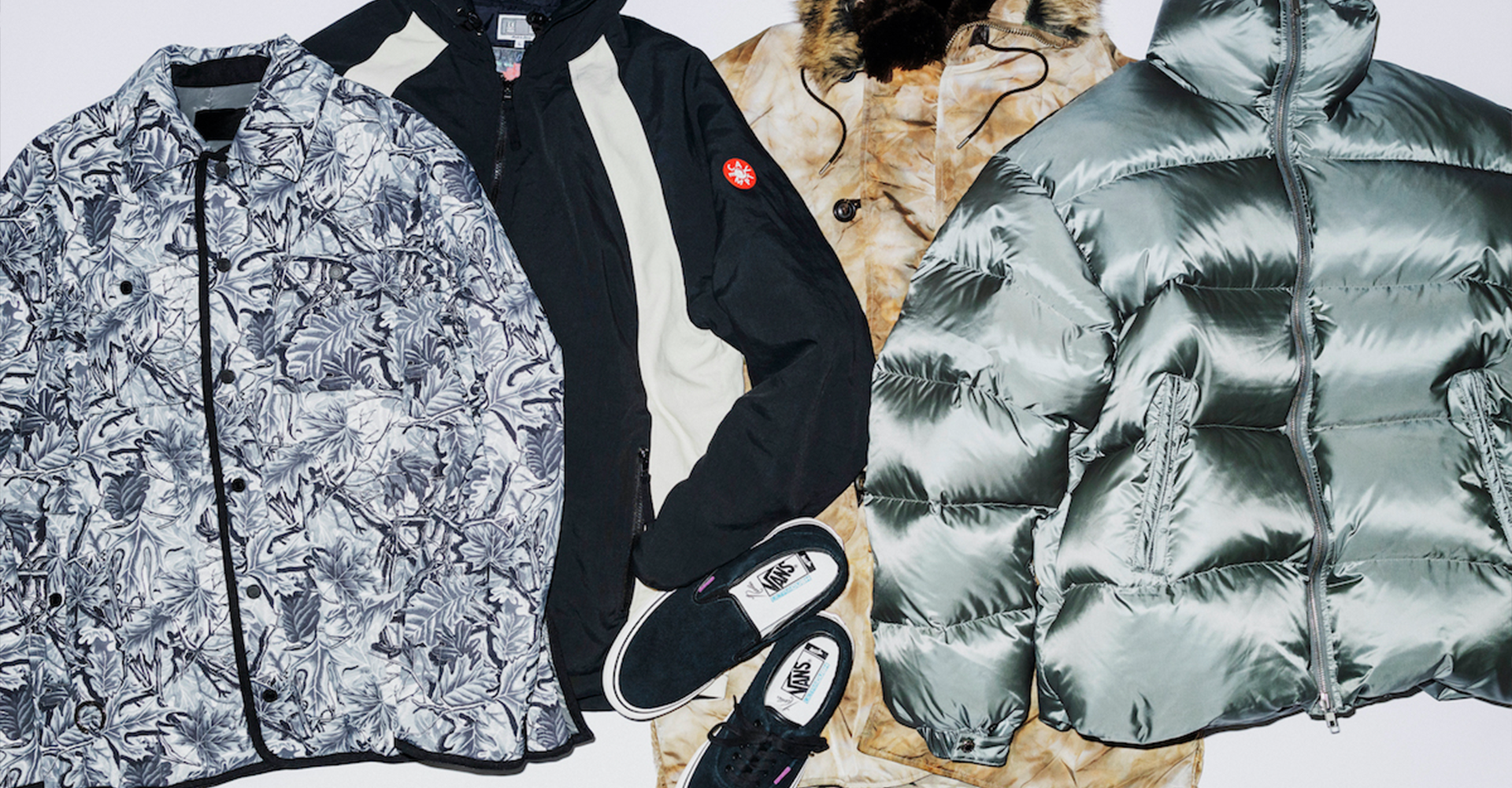 This is a column about the stories behind fashion products and things that go on behind the scenes, delivering with a bit of a scathing perspective but with a love of products. Atsuo Watanabe, editor-in-chief of PRODISM magazine, Yukihisa Takei, editor-in-chief of HONEYEE.COM, and Takuya Raita, a stylist, choose a theme each time and talk about the products we have selected. We have picked out the latest items that caught our eyes from five different brands!

Yukihisa Takei (T): It's very much an idea unique to the new generation of designers. There are many items done with military-inspired arrangements, but doing bold dyeing techniques like this shows an attitude of taking on a challenge.

Atsuo Watanabe (W): Yes, I can see that they are trying to do something interesting. Also, it might not be too eccentric when you actually wear it.

W: This may be the perfect option for those who want a different choice for military wear from others.

SUGARHILL is one of the emerging young Japanese designer brands. Based on the N3-B, it highlights a new idea by using dyeing to express the original military style. This is a masterpiece that goes beyond the traditional military fashion.

“It feels the brand has a certain style of Antwerp” (Raita)

R: The graphic by designer Wataru Tominaga is eye-catching. Also, I was surprised that it's ink-jet printed.

T: The quilting and the piping is done elegantly.

R: The pattern is called snow camo. Many brands are making quilted jackets with camo patterns this season, so it's also very much on trend.

W: It would look good on a fit office worker or someone who is in good shape.

R: th products' items normally have a beautiful silhouette and are often in black and white. I see the brand having the style of Antwerp, and they also often collaborate with artists.

T: The vibe of the graphics is not quite street, it's more artistic.

W: It's a classy item, so I guess it's for adults.

th products is a menswear brand by Taro Horiuchi. The quilted jacket is reminiscent of the British brand LAVENHAM but with a more artistic touch.

"The materials are functional, but it doesn't look like techwear in a good way" (Takei)

R: This playful puffer jacket can be worn as a poncho by opening the side zips.

W: It gets hot when taking the train or whatever, so it would be nice in those situations as well.

T: The materials are functional, but it doesn't look like techwear in a good way.

W: Something as simple as like this would be more fun to wear with various styling options.

R: I also think it looks good to show the top from the side.

T: As more and more items like this come out, I get even more excited about the future of the brand.

This down jacket by FUMITO GANRYU creates a poncho-style look by opening the side zips. As well as its use of shiny materials, it's a piece with a strong fashion approach.

“It's made with stodgy fabric, but it's got a sense of street style” (Watanabe)

R: With the patch and graphic accents, this anorak has a typical C.E feel.

R: Even for different items, there is always a unique atmosphere.

W: I guess that's Sukeshin(Sk8thing) san’s view of the world. Obviously, the graphics are excellent, but even though it's made with stodgy fabric, it's got a sense of street style.

T: It doesn't feel like it’s for a specific 'generation'. It's not made for a certain age group, but for just people who like to wear it.

W: It's familiar to our generation and fresh for the younger people and I like the balance of that. I think it would look right even if someone were wearing it in the countryside in Europe.

This C.E blouson has the feel of old sportswear from the 80s and 90s, but with a unique graphic patch that gives it a modern sense. It feels this piece itself will be worn as vintage clothing again one day.

R: This is the second collaboration from NEEDLES x VANS. With the tag colored in NEEDLES' purple, the left one is a slip-on and the right one is an ERA, which is a very unique design. The sole is Ultra Cush, so it's very comfortable.

W: Hmm, it's interesting but it feels strange (laughs).

T: It's impressive that this idea came into shape (laughs). I think Vans didn't expect this proposal either.

W: I guess it's because it was NEEDLES that made it possible, though.

R: Didn't NEPENTHES crews used to wear different pairs of shoes on the left and right side? I think they called it 'negative baki(wear)'.

T: I remember that It was popular. I liked the fact that they kept the classic look, but adopted new technology, like Ultra Cush.

Collaboration shoes with NEEDLES, which took a VANS classic - slip-on on the right foot and ERA on the left foot - and released them as one pair. I want to send applause to the VANS factory for accepting this idea.

Born in 1973. After working as an editor for Asayan and Huge, he became a freelance editor and launched the product-focused magazine PRODISM in 2013, where he continues to work as the editor in chief. He is well versed in men's fashion, sneakers, and streetwear, and has a unique aesthetic.

Born in 1986. Having assisted for Hiroyuki Kai, he became independent in 2012. While working mainly for men's fashion magazines, he is also known for his product styling that sensitively incorporates trends. Currently looking for an assistant.